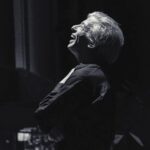 Recording: has conducted around 60 albums ranging from the more classical: (Jose Carreras, Sarah Chang and many more), through musical theatre (Elaine Paige, Maria Friedman, Michael Ball and many more), to pop/rock (Primal Scream, Boyzone and many more). Also many soundtracks and cast albums.

Simon has conducted many of the world’s greatest orchestras, from the London Symphony Orchestra to the Tokyo Philharmonic. He conducted Bernstein’s On The Town, The Mikado and Kismet at English National Opera, Porgy and Bess at Regents Park Open Air Theatre and, most recently, Tosca for Pensare Opera at Chiswick Music Festival 2016.

“Music, of all the arts, cannot be learned from books and apps alone – not even partly. It is learned through your dedication, drive and hard work … and mentor ship.”

We're not around right now. But you can send us an email and we'll get back to you, asap.

You can find out more about which cookies we are using or switch them off in settings.

This website uses cookies so that we can provide you with the best user experience possible. Cookie information is stored in your browser and performs functions such as recognising you when you return to our website and helping our team to understand which sections of the website you find most interesting and useful.

Strictly Necessary Cookie should be enabled at all times so that we can save your preferences for cookie settings.

If you disable this cookie, we will not be able to save your preferences. This means that every time you visit this website you will need to enable or disable cookies again.